Power of the Question

Ask students to share where and when they have heard the term devil’s advocate used. Tell the class that centuries ago, when the Catholic Church was making the determination about an individual for sainthood, they assigned a lawyer called the Devil’s Advocate to argue against the sainthood candidate. As a skeptic, he debated and picked apart the evidence in support of canonization. Another lawyer, known as God’s Advocate, was assigned to argue in favor of the candidate and canonization.

Ask the class what it’s come to mean today. How might the term be used in questioning?

[For the teacher: Today, the function of the devil’s advocate has been to take a position and debate it just for the sake of argument. The purpose is to test the quality of the original argument and helps to reveal whether or not the original position is reasonable and logical.]

Ask students if they know who Harriet Miers is and what controversy surrounded her Supreme Court appointment. During video three, O’Donnell shares an example of her devil’s advocate line of questioning in an interview with President Bush.

Introduce O’Donnell’s transcript (below) on an overhead or computer. Have students identify key words that could be considered adversarial.

KELLY O’DONNELL, NBC News: Have you ever discussed with Harriet Miers abortion? Or have you gleaned from her comments her views on that subject?

PRESIDENT GEORGE W. BUSH: I have no litmus test. It is also something I have consistently said. There is no litmus test. What matters to me is her judicial philosophy; what does she believe the proper role of the judiciary is relative to the legislative and executive branch — and she will be asked all kinds of questions up there. But the most important thing for me is: What kind of judge will she be?

KELLY O’DONNELL: But she is not someone you interviewed for the job that you didn’t know. You have known her a long time. Have you never discussed abortion with her?
PRESIDENT GEORGE W. BUSH: In my interviews with any judge I never ask their personal opinion on the subject of abortion.

KELLY O’DONNELL: In your friendship with her you never discussed it with her?

PRESIDENT GEORGE W. BUSH: Not to my recollection have I ever sat down with her. What I have done is understand the type of person she is, and the type of judge she will be.

Watch video three and ask students to listen for the benefit of devil’s advocate questions (can open the door to information). Why did O’Donnell consider this a reporting coup?

• Miers, Under Fire from Right, Withdrawn as Court Nominee

Using a social studies or language arts theme, ask students to develop “out-on-a-limb” or “devil’s advocate” questions for a novel’s protagonist or historic figure. Discuss when it is advisable to use the devil’s advocate line of questioning. One example is the courtroom scene from “To Kill a Mockingbird.”

Using a recent news event, like Tucson shootings, have students develop devil’s advocate questions for a specific constituency. For example: What would you say to gun activists after the shooting?

Although O’Donnell supports using devil’s advocate questions, she also talks about the need to be respectful when asking questions. Some of the Congressional hearings in the past couple of years have gotten rancorous as evidenced by Elena Kagan hearings for a Supreme Court Justice vacancy. Read the following article and discuss the difference between a devil’s advocate question and a disrespectful question.

Have an informal debate with students on an issue. This may be an especially useful exercise if a significant majority of students share the same views on an issue, or if one side appears weaker.

Determine a current event that fits with curriculum and identify a student to role play the leader of the country and another point of view:

The basics: Egypt is a large, mostly Arab, mostly Muslim country. At around 80 million people, it has the largest population in the Middle East and the third-largest in Africa. Most of Egypt is in North Africa, although the part of the country that borders Israel, the Sinai peninsula, is in Asia. Its other neighbors are Sudan (to the South), Libya (to the West), and Saudi Arabia (across the Gulf of Aqaba to the East). It has been ruled by Hosni Mubarak since 1981.

Locate alternative news sources and see what new learn to add to the debate.

For example, Mother Jones posted sites to learn what happens in real-time.

• Twitter, as is always the case with breaking news and live events, is a great resource. If you were paying attention to the Tunisia situation, you should already be following the Twitter feed of Sultan Sooud Al Qassemi, a columnist for The National, the United Arab Emirates’ leading English-language newspaper. You should also follow Brookings’ Shadi Hamid; the Arabist, a leading English-language blog on the Arab world; and the #Egypt hashtag and the #Jan25 hashtag. Also, this Sulia feed has a wide selection of experts and on-the-ground witnesses. UPDATE: Twitter is reportedly blocked in Egypt itself right now, however. More details on that here. UPDATE 2: There are workarounds, however.

• Looking for live video? You can watch Al Jazeera English live on the web. Better, perhaps, is the video feed from cairowitness, who has set up a webcam downtown in Cairo, Egypt’s bustling capital.

• Elsewhere on the web, you should be reading Al-Bab, a blog by the Guardian’s Middle East editor, Brian Whitaker, and following the Guardian’s live blog of key events in Egypt and throughout the region. Don’t just follow the Arabist on Twitter—read the blog. Finally, the key essay to read on what America’s options are going forward is “Obama’s Impossible Dilemma in Egypt,” by Shadi Hamid, the Brookings Institution analyst mentioned above.

Divide students into four groups, and explain that they will be representing four different points of view as they try to convince the country’s leaders to pursue a particular course of action. Assign each group a point of view; in advance of class create a powerpoint slide about each group.

• The Muslim Brotherhood: group that has been in existence since 1928. Sayyid Qutb, an Egyptian whose writings shaped the ideas that ultimately led to 9-11, was a member. Other members were suspected of involvement in assassination plots of past Egyptian leaders. The Brotherhood has long since officially renounced violence, but many observers are skeptical of their sincerity.

» Egyptian Nobel Peace laureate Mohamed ElBaradei, who is the popular moderate
» Protesters in the streets. According to NBC’s Richard Engel, the protests were run by a 36-year-old single mother and 9 volunteers and organized by cell phones.
» Pro-Mubarak supporters emerged in throngs as a potent and unpredictable force. The mobilizing leader is not clear nor how far they will go to protect the existing government.
» United States

Then, using direct quotes and passages from articles, using the following questions as a guide:
» What is your role in the issue described in the article?
» What is your attitude toward the current Egyptian government?
» What action will you pursue, and why?

After groups have had some time to formulate positions, each group should choose a spokesperson to make their opening statement. These statements should state the course of action each group is recommending for President Mubarak and summarize the reasons for the recommendation. The tone of each statement should reflect the group’s attitude toward the leader. Delivery of these opening statements should be followed by an organized debate in which all students have the opportunity to speak. The student should use his or her role as President Mubarak to ask probing questions of students and encourage students to respond to each others’ recommendations and opinions.

Students should pretend to be President Mubarak and write a dramatic monologue offering the potential solutions to the problem he faces and the factors influencing his decision. In much the same style as the “To Be or Not to Be” soliloquy in Shakespeare’s “Hamlet,” these speeches should trace the hypothetical internal decision-making process of the Iraqi leader. The speaker should identify the possible courses of action among which he is choosing and then provide reasons for each potential choice. Ultimately, students may choose to end the monologue with the leader making whatever decision they wish. These monologues can be shared in a future class.

For additional background on the players in Egypt, visit Teachable Moment, Egyptian Uprising: power of numbers. This lesson plan was adapted from this source. 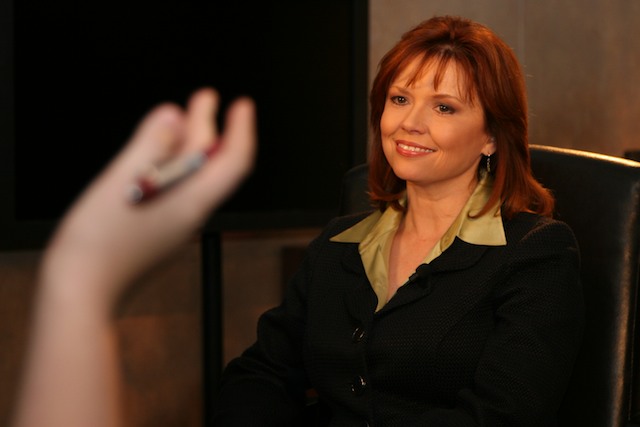 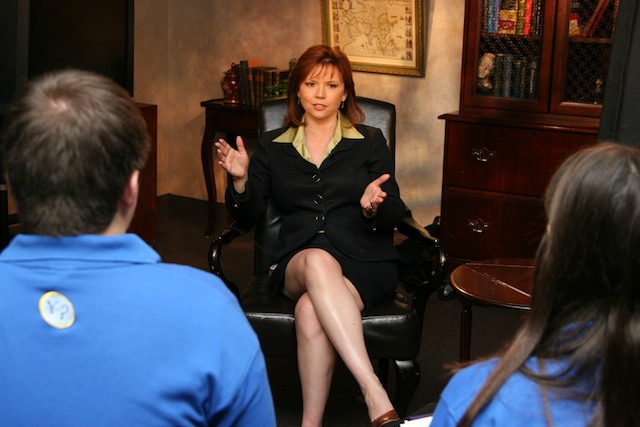 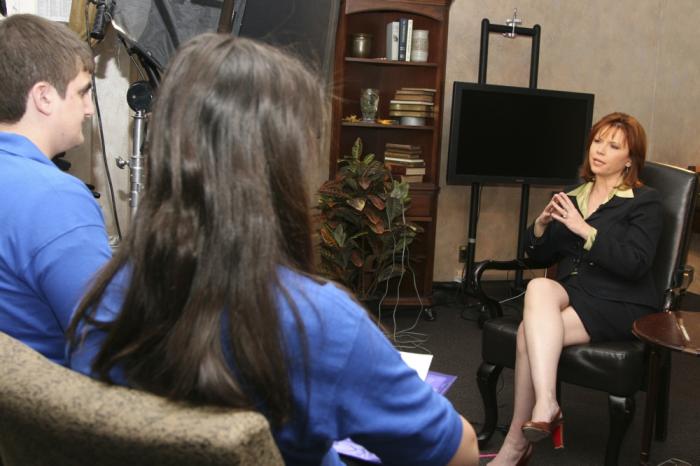 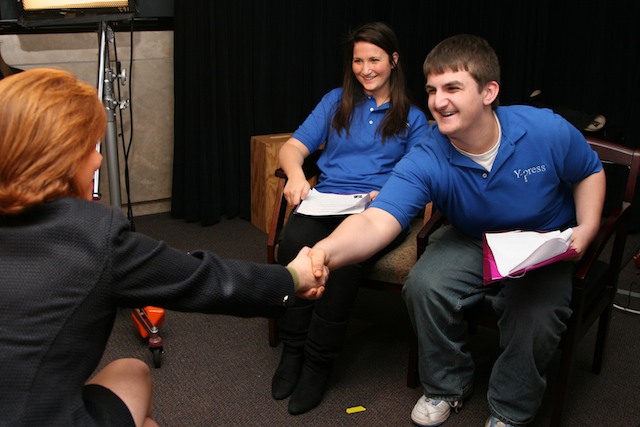 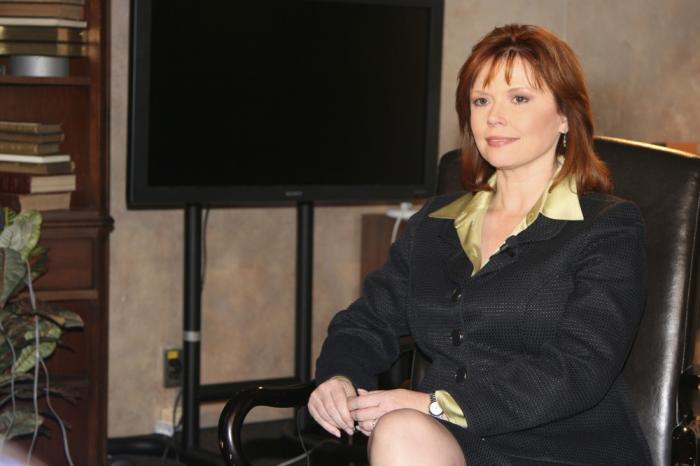